Today started off great. We all got out of bed and hopped right through the morning routine without a hitch. After dropping off Harpski at school, the boys and I went home and packed up our gear to head to the Madison Dads Group Meet-Up. This morning was a meet-up on the west side of town at a place called Swim West. Swim West is just a great place to go with the kids for the day. On Fridays, they have a family swim for $5 for the entire family. This is a great deal because they don’t care if you hang out for 5 minutes or 5 hours – 5 bucks gets you and your minions in the door.

Swim West has their pool set to 90 degrees all-day err-day which is absolutely amazing when the temperature is in the single digits outside. I would say that there is nothing better than a pool that is set to be 90 degrees in winter but I would be lying. A pool set to 101 degrees would be better, but hey 90 is cool too. I met up with one of the other dads in the Madison Dads Meet-Up group and had a great morning. Lakey even started to swim on his own today which was really a great moment to watch.

After swimming, my plan was to head home to lay Narno down for a nap. His plan was slightly different than mine. He decided that he would sleep for 15 minutes on the way home and then refuse to lay down for the rest of the afternoon. This normally means that he is going to be in a stellar mood come dinner time which held true.

We spent the afternoon grocery shopping, unpacking groceries, and getting the house cleaned up a bit.

Dinner time rolled around and I asked the kids what they wanted to eat. Harpski begged to go ‘that restaurant where you can get anything you want to’ and Lakey chimed in with ‘yeah.’ When she is mentioning ‘that restaurant where you can get anything’ I knew exactly what she was referring to – The Chinese Buffet. There is one near our house that is actually really good so I said ‘Sure, why not.’ Immediately after I said yes, I remembered… My wife is still out of town and I just agreed to take 3 small, loud, hungry humans into a buffet by myself.

I couldn’t go back on what I had said or I would have WW3K on my hands. It was time to suck it up and get to it – load them up, get there and walk in.

I asked the hostess to seat us close to the buffet if she could because I would be needing to make runs for each child to the buffet and would like to have my eye on the table in case I had to do a run by myself. She was able to get us pretty close which was going to have to be good enough because the place was busy. I asked for a high chair and brought one right over. I placed Narno in the high chair and started to secure my little Houdini into the seat. There was a problem… The plastic seat buckle was broken on the chair strap. This was not going to work because Narno has become very adventurous and I could see the future events unfolding. I could just see walking away from the table to get someone something and him standing on the chair or table acting like he was king of the hill screaming victory and the other kids yelling for him to get down. This was just not going to work, this was not our dining room. Other people were trying to eat here too.

I asked the hostess to get me a new high chair and she was confused as to why. I explained to her that the buckle was broken, that he is a climber and I didn’t want him to get hurt or disturb anyone else. She looked at me like I broke it. She tied a knot in the end of one of the straps and kind of looped it around to make it have the appearance of being locked and then walked away. Now I was the confused one. Was she going to be coming back with a new chair of did she think that I really did break it. She was probably thinking that she was not going to give me another one to break.

Trip after trip, coarse after coarse went by and it went by much better than I expected it to until the end. I was on my last trip to the dessert bar for Lakey and he ended up getting slapped in the face by a projectile jello jiggler hurled at him from Narno. I heard the yelling and whining starting and quickly ran back to the table to find Lakey with a large chunk of red jello stuck to his cheek. It was one of those moments when you really have to try not to laugh because they are already really embarrassed and upset about it, but it is hard not to. It was a perfectly placed shot that couldn’t be replicated even if we tried. The chunk hit him on its flat side and just stuck like a spit ball. He tried to wipe it off but missed and it was still there when I got back to the table.

Lakey was pissed. He was not happy with his little brother, and his little brother was pissed because he wanted out of that contraption that the Chinese woman had assisted in strapping him in. It was time to go. People were starting to look and I could feel the judgments getting laid down on me. Two screaming little boys, a little girl that has consumed too much MSG and a Dad that was laughing at the whole situation. I tried not to, but how can you help it sometimes.

We bailed, went home, and crashed into a food coma. 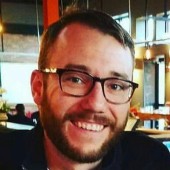